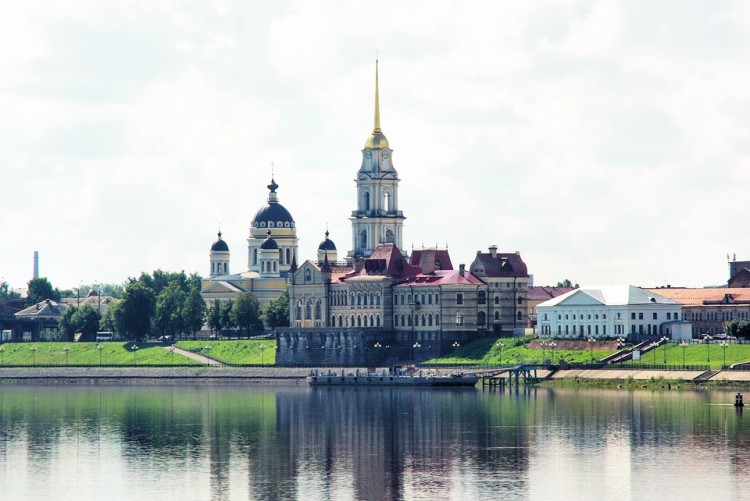 There is a special Volga place in every Russian heart. "Every country has its national river, and Russia has the Volga - the longest river in Europe, the Queen of rivers - and I was one of the many who went to bow to her Majesty River Volga" - the famous French author Alexandre Dumas once wrote.
Thousands of years the Volga has played a central role in Russian life and history. The Russian people's feelings for the Volga often find echoes in their songs and literature.

The Volga has many tributaries, most importantly the Kama, the Oka, the Vetluga, and the Sura rivers. They drain an area of about 1.35 million square kilometers in the most densely populated part of Russia. Today one-third of Russia's population live in the Volga basin, and many of Russia's greatest cities are built on its banks. Volgograd and Nizhny Novgorod are important manufacturing cities. During Soviet times, Nizhny Novgorod was closed to foreigners. Saratov, Kazan, Tolyatti, and Samara are other major cities on the banks of Volga. Nine big hydroelectric power stations and a number of large artificial lakes formed by dams lie along the Volga, the largest of them being the Rybinsk, Nizhny Novgorod, Samara, and Volgograd reservoirs.
The Volga river is also a vital transportation route, with giant locks and canals. The Moscow-Volga Canal, the Volga-Don Canal, and the Mariinsk Canal system form navigation waterways connecting Moscow with the Baltic Sea, the White Sea, the Sea of Azov, the Caspian Sea, and the Black Sea. Unfortunately, high levels of chemical pollution currently give cause for environmental concern.
The Volga freezes for most of its length during three winter months of each year.
This mighty river starts from a small spring in the Valdai Hills northwest of Moscow and about 320 kilometers south-east of Saint Petersburg and flows 3690 km before reaching the Caspian Sea.
The river valley also harvests massive quantities of wheat and produces minerals such as petroleum, natural gas, potash, and salt. The Volga Delta and the nearby Caspian Sea is famous for superb fishing grounds. Astrakhan, at the delta, is the center of the caviar industry. Russia is associated with fine caviar because of the sturgeon. However, high demand for this fish's eggs and damaging habitats have decreased this fish populations up and down the Volga. The Soviet dam constructions and poaching has led to a 90 percent drop in sturgeon population since 1970. 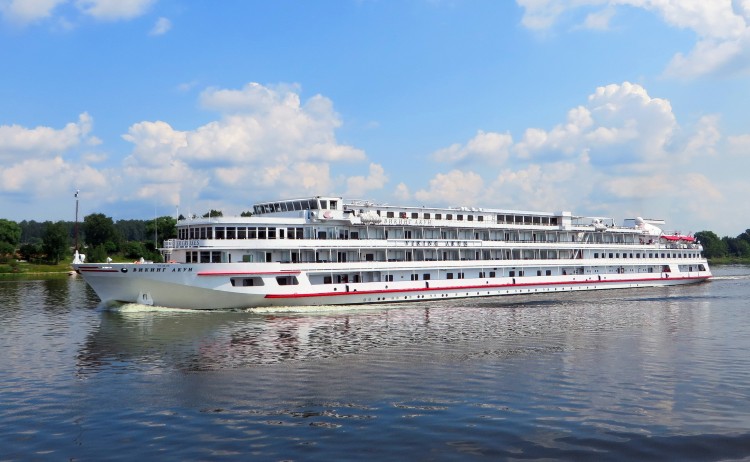 Beautiful surrounding nature makes the Volga River a perfect holiday destination, some of the places provide activities such as water sports and fishing. Much of its length is still covered in a perfect wild beauty. The Volga Deltais a paradise for anyone interested in wildlife. Its marshlands is a refuge for countless birds, beavers, and otters.
For relaxing summer holiday, there are countless places along the Volga's green banks. The tranquility of the river at sunrise has inspired many a Russian artist.
Probably the best way to experience the Volga magics is from the decks of the river cruise ships. Like Russian trains, Volga boats have cabins with two to four bunks. The journeys can take from ten hours to three days.
Exploring the Volga River can not only introduce you to the Russian culture and its natural beauty but also give a chance to discover the soul of Russia!