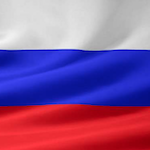 Almost anyone you ask can tell you a few basic Russian facts, like for instance, the obvious fact that Russia is where Siberian Tigers come from, or that vodka is one of Russia’s most prized commodities, but not many people know these other fascinating facts listed below.

So buff up on your Russian knowledge and impress your friends with these interesting facts about Russia!

These are just ten of the hundreds of fun facts about this unique and historic country. Uncover all of this and more when you travel Russia for yourself! What will you discover?