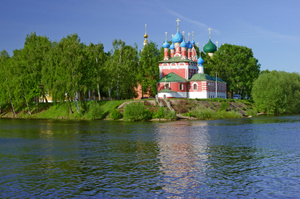 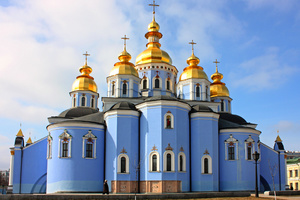 Private
Show route on the map
Kyiv City Break
Take a private Kiev tour and explore the most beautiful world-known historic monuments of one of the oldest Ukrainian cities and get an opportunity to make new friends at the capital of Ukraine. Our professional guides and drivers can take you to any place around Kiev and Kiev region!
From: $410.00 per person
3 days
2 nights
ALL YEAR ROUND 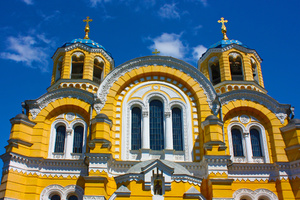 Private
Show route on the map
Lviv City Break
Lviv is undeniably one of the most interesting regions in the Ukraine. This UNESCO World Heritage site presents a unique combination of Western and Eastern cultures. You will enjoy old architecture, narrow cobblestone streets, coffee shops and old trams creating authentic European charm.
From: $390.00 per person
3 days
2 nights
ALL YEAR ROUND 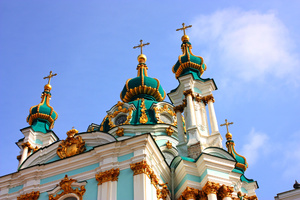 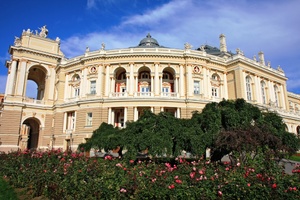 Private
Visit Kiev - the City of Golden Domes
KYIV
Kyiv is one of the most ancient Slavic cities. Cultural heritage of Kyiv reflects historic and spiritual achievements of the entire country. It is represented by more than 3 thousand monuments of archaeology, architecture, history and monumental art. All this combined with marvelous natural landscapes of Kyiv leaves lasting impression on every guest of the Ukrainian capital.
From: $850.00 per person
5 days
4 nights
ALL YEAR ROUND

You can take a tour of your choice from a wide range of Ukraine guided tours. You can travel with your Ukraine personal tour guide to Kiev, Odessa, and Lvi, as well as to the countryside castles surrounded by beautiful nature.  Kiev with its ancient history as the foundation of Kyivan Rus, Lviv, sophisticated capital of Western Ukraine and Odessa, a historic city on the Black Sea, featuring a specific culture, magnificent opera house, and beautiful beaches will surprise you. Odesa private tour will take you to the places known only to locals featuring famous Odesa atmosphere, while Lviv guided tours will allow you to discover unexpected Ukraine.

Ukraine is home to many beautiful places offering a good range of tourist activities. Some regions are advised not to be visited due to separatist clashes, but most of this large country is open for business and tourism.

Regardless of its troubles, Ukraine is a special destination because of its beautiful landscapes, historic cities, ancient castles, natural countryside, and open-hearted welcoming people.

Charm and authenticity of Ukrainian cities make this country exceptional

Kiev, the capital city of Ukraine, has a long and rich history, superb churches with golden domes, distinctive architecture, and vibrant city life. Whether you are on a private tour or traveling independently, Kiev has lots to offer for sightseeing.

One shouldn't miss the Andriyivskyy Descent - a steep historic street paved with cobblestones and the awe-inspiring Art Nouveau-style House with Chimeras.

The tour to the Lavra, set on 28 hectares of grassy hills above the Dnipro River in Pechersk is a must. The monastery's cluster of gold-domed churches is stunning. For Orthodox pilgrims, this is the holiest ground in the country.

The lavra was founded by St Antony in 1051. He and his follower dug out a series of catacombs, for the reclusive monks to worship, study and live. When he died, his body was naturally preserved by the caves' cool temperature, and dry atmosphere and the mummies survive until today, confirmation to believers that he was a truly holy man.

The above ground monastery prospered as well. The Cathedral was built from 1073 to 1089 and became Kyiv's second great Byzantine-inspired church. The monastery was Kyivan Rus' intellectual center, producing chronicles and icons, and training builders and artists.

The tour to Lviv, the Unesco-listed city, will come as a shock. This city is the country’s least Soviet, and it shines similar authentic Central European charm as pre-tourism Prague, Vilnius or Kraków once did. Its mysterious atmosphere and lovely architecture, coffeehouses on ancient streets do not remind of Soviet brutalism. In Lviv, the Ukrainian national identity is the brightest and Russians are a minority here.

Lviv has the best hotels and restaurants in the country.  Tour centers with English-language information abounding, make this city Ukraine's premier destination.

Odesa is Ukraine’s largest seaport and trade hub featuring a beautiful historic district and plenty of treasures waiting to be discovered on a guided private trip or exploring it independently.

The architecture lovers can admire the splendid palaces and sophisticated blend of building styles.

For holidaymakers, Odessa offers beautiful Black Sea beaches and a variety of entertainment - the day and night.

Odessa Opera and Ballet Theater building is one of the most beautiful in Europe. It was built in the 19th century by Austrian architectural studio Fellner & Helmer.

Whatever Ukrainian trip you take - private or group sightseeing tour, cultural or nature lovers' or even one of the romance tours, you will find an authentic and friendly country offering its best.

testimonials
I wish to thank you for all your help in planning our trip from St. Petersburg to Moscow. All went very well. The train ride was uneventful. We did need some assistance from the concierge at our hotel in St. Petersburg in deciphering the signs in the railroad station. We had her write our the words "departure" and "arrival" in Russian, so we would know what track our train would be leaving.
Next review All testimonials
Trustpilot
recommended by
© 2020 east-west-tours.com