Travel to Kizhi by Volga River cruise, or take a night train from Moscow or St. Petersburg to Petrozavodsk and then hydrofoil to the Kizhi Island

Kizhi is an island in Karelia, the land of the Karelian people located in Northern Europe, stretching from the White Sea coast to the Gulf of Finland. It is of great historical significance to Finland, Russia, and Sweden who bitterly fought over this land throughout the modern history starting as early as the 13th century. Nowadays, its largest part belongs to Russia.

Petrozavodsk is the largest city in Karelia mostly known as a gateway to two of Karelia's biggest tourist attractions: Kizhi Island and Valaam Monastery. The name is derived of the name Peter and a russian word "zavod" meaning "factory", and refers to a big ammunition plant built here by Peter the Great in 1703. Petrozavodsk is not your typical industrial city its origin would suggest. It is adorned by beutiful buildings and parks. A large student population and proximity to Finland create a distinctly European atmosphere with neoclassical facades and lakefront walking promenade.

Tourists from all over the world are attracted by the historical site of Kizhi located on Kizhi Island on Lake Onega and dating back to the 17th century. It is a fenced area with two amazing wooden churches of great historical, architectural and cultural importance:  the 22-dome Transfiguration Church, the 9-dome Intercession Church and a belfry. Kizhi Pogost is a unique wooden architecture monument included in the UNESCO List of World Heritage Sites. The legend has it that the main builder used one axe for the whole construction, which he threw into the lake upon completion with the words "there was not and will be not another one to match it". The Church of the Intercession is a heated winter church dating back to 1694, decorated by 9-domes.

You can take several trips in Karelia, from a one-day trip to Petrozavodsk and Kizhi to a multi-day tour exploring the beauty of Karelia. Below are just a few sampleas of what we can arrange for people interested in visiting this amazing part of the world 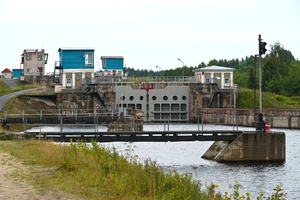 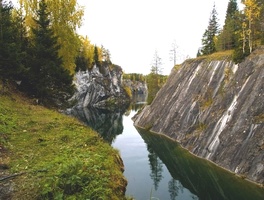 Show route on the map
The Gems of Kizhi Tour
Private tour of Kizhi includes 2 nights roundtrip overnight train from Moscow or St. Petersburg to Petrozavodsk, hydrofoil to Kizhi and full day sightseeing in Kizhi with private guide.
From: $450.00 per person
3 days
2 nights
Daily during the following periods:
May 01 - Sep 30 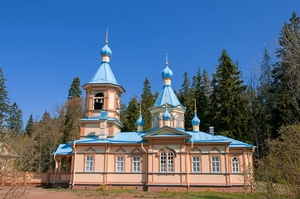 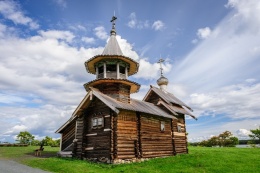 Show route on the map
Kizhi and Karelian Village
Kizhi package includes 2 nights on the train, an overnight stay near the famous Kizhi Island in Karelia. This is a perfect program if you want to explore the parts of the island beyond well-known sites and landmarks
From: $775.00 per person
4 days
3 nights
Daily during the following periods:
May 01 - Sep 30
testimonials
I wish to thank you for all your help in planning our trip from St. Petersburg to Moscow. All went very well. The train ride was uneventful. We did need some assistance from the concierge at our hotel in St. Petersburg in deciphering the signs in the railroad station. We had her write our the words "departure" and "arrival" in Russian, so we would know what track our train would be leaving.
Next review All testimonials
Trustpilot
recommended by
© 2020 east-west-tours.com